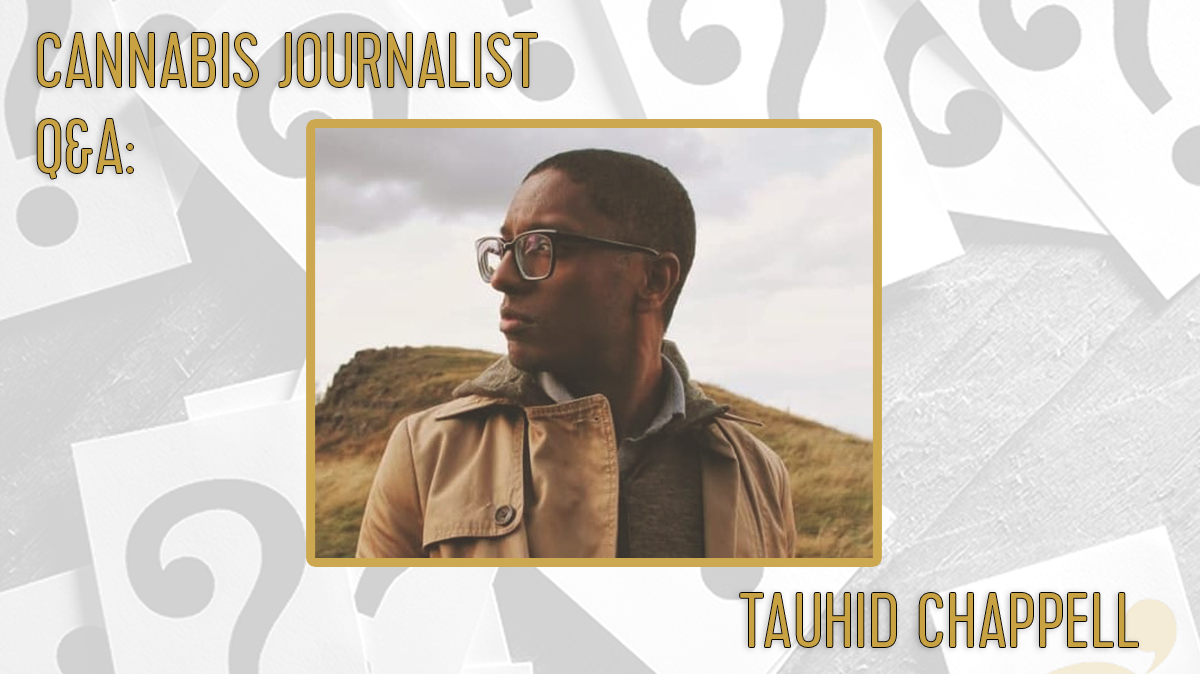 Tauhid Chapell approaches his cannabis journalism as both a medical cannabis patient and an activist.

Based in Philadelphia, Chappell has worked in the media industry since 2010, with roles including social media producer at The Washington Post and engagement editor at The Philadelphia Inquirer. He’s currently working at the Free Press, a media policy nonprofit focused on equitable access to broadband and internet, the breakup of media conglomerates, equity and reparations in media, and the defense against government surveillance. At the Free Press, Chapell is the project manager for a policing and violence narrative project, a three-year, grant-funded initiative focused on changing how Philadelphia journalists cover crime, policing and the criminal justice and carceral systems.

In 2008, Chappell was diagnosed with ulcerative colitis, an autoimmune deficiency disorder. He became a medical marijuana patient in 2012 while living in Arizona and has since taken on consulting work with dispensaries as a patient adviser.

Chappell is also an executive board member and parliamentarian of the Philadelphia Association of Black Journalists, the first and oldest association of black journalists in the country.

Throughout his career, he has developed an acute understanding of how the media has shaped public perception to demonize and stigmatize cannabis, and in 2019, Chappell founded the Color of Cannabis conference. The conference, hosted by the Philadelphia Association of Black Journalists, works to educate journalists and community members on issues surrounding cannabis coverage, including the plant’s racist history and current industry inequities that prevent people of color from participating in the growing market.

Chapell says the goal of the conference as well as his advocacy “is to ensure the media industry understands, and acknowledges, the trauma it’s inflicted with its previous reporting on cannabis, and that it intentionally rights these wrongs by sharing factual information on cannabis while spotlighting ongoing injustices that continue to impact Black and brown communities.”

Who are you trying to reach with your writing?

“Black people who are interested in all things cannabis, with a specific section for those who love learning about history, racial justice and joining the movement to put reparations first in the cannabis legalization conversation.”

What is the importance of journalists who are specifically focused on cannabis coverage in the scheme of mainstream media coverage?

“The media has actively stigmatized, marginalized and disenfranchised Black and brown communities through generations of misinformation that shifted the public's perception and consciousness around cannabis use, which ultimately led lawmakers to pass tough-on-drugs, tough-on-crime bills. Journalists who are covering cannabis must actively and intentionally reverse these wrongs by discussing how oppressive white racist structures continue to allow for Black and brown communities to be removed from engaging and participating in the new market.

“Any story that touches context needs to center people of color, address the ‘why’ structures and policies exist in a place that make our current environment the way it is, and discuss solutions and ways that people are trying to address these issues and solve these injustices. Even a story about a new bong product can have racial- and social-justice information that provides context and nuance to the piece.”

How can the cannabis industry be more diverse?

“Let Black people, indigenous people and Latinx people ahead of the line, provide them with resources to get licenses, lower barriers of entry, provide funding and capital, ensure diverse hiring, support local ownership, deter multistate operators (MSOs), discuss the utilities of vertical integration if it helps minority-owned businesses, train and educate communities of color to get involved in ownership, write policies that specifically center reparations, legalize cannabis for adult use, abolish police and prisons, expunge and erase everyone's records.”

Why did you start writing about cannabis?

“Because I have a role to play to educate people on the injustices that Black people continue to experience despite legalization. My connection and understanding as a media professional and medical cannabis patient who suffers from an autoimmune deficiency disorder affords me this opportunity, and I will use my agency and influence to ensure people know the reality. It's not all dollar signs and green pastures. People's lives are at stake, and the media played a role in creating this. I work to address that and hold media and journalists accountable for it.”