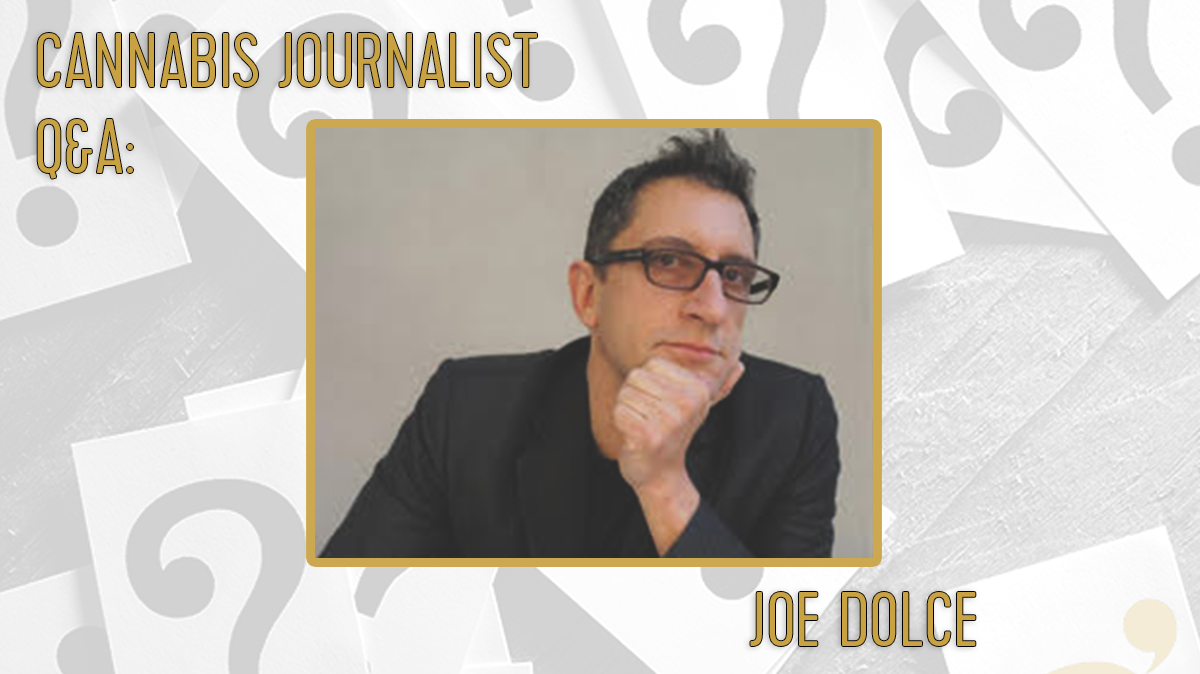 Joe Dolce has always had the good fortune of being able to funnel his creative interests into his work. It was the seductive, alluring and mysterious nature of marijuana that led him to write a book about the plant to further understand its chemical and cultural roots.

“I have been an on and off user of cannabis from a young age—at some points using the plant daily and at others not at all,” he says. “But I always found it a seductive and alluring substance in that it was mysterious. It could bring intense pleasure and at other times, discomfort—I thought of it like a relationship, which is not the way I think about most plants I interact with. Anyway, in 2013 I had the idea to write a book about cannabis for the millions of people who used and loved it but didn’t really understand its history as a medicine, or the scourge that was and still is U.S. prohibition, and how it could hold sway over so many different types of people around the world.”

That book was Brave New Weed (a book that the New York Times called “a loving rethink of all things marijuana”), and as Dolce continued to grow his interest and knowledge of the plant, it evolved into the Brave New Weed Podcast in 2019. Released weekly, the podcast hosted by Dolce and Matthew Hendershot gathers together industry leaders to discuss the medicinal applications of THC and CBD, along with other trending cultural conversations.

Dolce’s path to cannabis journalism was a winding one, with no shortage of interesting stories, like the time he spent a week trying to outdrink the late Anthony Bourdain in Mexico.

After receiving his masters in journalism from NYU, Dolce went on to secure a job doing PR for Area Nightclub. It was here his passion for writing blossomed, driving Dolce to start freelancing for multiple magazines and eventually become the editor and chief for Details Magazine—a men’s magazine published by Conde Nast—and the celebrity-focused Star Magazine. He has also worked as a contributing editor at Gourmet Magazine, where he interviewed people like Bourdain, Jamie Oliver and Nigella Lawson, was nominated for two James Beard Awards, and held roles as a features editor at Vogue, arts editor at Harper's Bazaar and contributing editor at Playboy.

Dolce is based in Brooklyn and is the founder and CEO of MedicalCannabisMentor.com, an educational cannabis program.

Cannabis helped you rediscover your passion for writing, what is it about the plant that sparked your interest?

“As mentioned, cannabis is one of the only plants I’ve ever had a relationship with. It’s sort of like an unrequited love relationship–I’ll never fully understand it but it’s one that I want to hold on to and learn more about. This despite the fact that sometimes we go through long absences without each other. Some people won’t understand that, but millions will.”

What is your writing strategy for reaching people who might otherwise be averse to trying medical marijuana?

“I don’t have one. I’m not writing to convince people to use it. I present the facts and the evidence and let people make their own decisions. There is plenty of science that shows it is extremely useful for people in pain, who have trouble sleeping, who are anxious or who suffer from many other difficult illnesses such as fibromyalgia or MS. There are no miracles or miracle pharmaceuticals for these conditions but there is this plant that grows in the ground and has never killed one single human being in the 5,000 years that history has been recorded. As Lester Grinspoon, one of the original scientists to advocate for the plant, told me when I first started reporting, it is the most widely used substance known to man and it has also passed the longest and largest safety trial in the history of humanity. It’s certainly worth a try.”

Who have been some of your favorite people to interview so far?

“Dreamers who can execute. Lester [Grinspoon], before he passed away this year, Julie Holland, Michael Backes (author, Cannabis Pharmacy, founder Perfect), Governor William Weld, Dr. Raphael Mechoulam, Adam Dunn (grower in Colorado par excellence), Casey O’Neil (ditto in California), Seke Ballard (founder of Good Tree Capital), Christine De La Rosa (founder of The People’s Dispensary)–people on the cutting edge of science, culture, finance. I’m also interested in interviewing more LBGQT and people of color as we/they are underrepresented in the industry yet have the opportunity to change it for the better.”

How has writing and podcasting about cannabis changed your path as a journalist?

“It has become my path.”