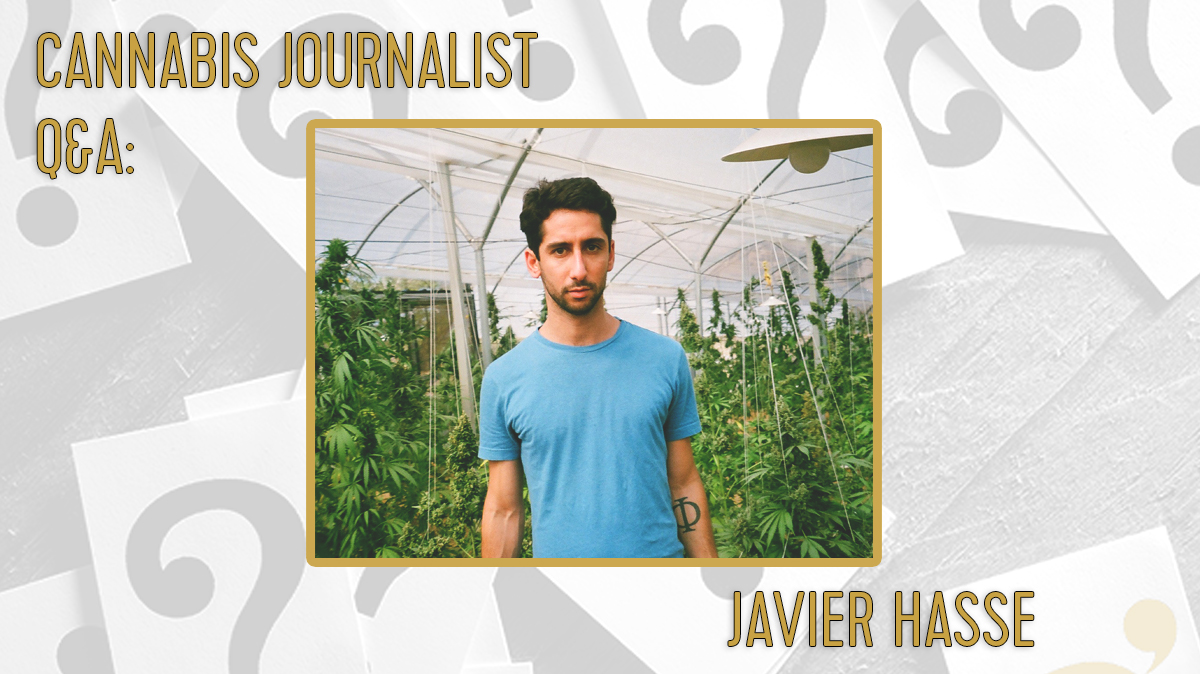 Javier Hasse is one of the most well-known journalists covering the cannabis beat. As the managing director of the cannabis team for Benzinga, a financial media, tech and events company, Hasse works with a department of nearly 40 people to research, generate and produce syndicated cannabis content.

Hasse, who is from Argentina—where he continues to be based—got his start in cannabis journalism covering stocks in the financial market and began working with Benzinga in 2014, writing about topics such as hedge funds, insider trading and biotech. Hasse then applied his familiarity with the world of Wall Street and business entrepreneurs to pen a book Start Your Own Cannabis Business that was released by Entrepreneur Media in April 2018 and went on to become a #1 best-seller on Amazon. His writing is also featured on a number of other prominent cannabis news sites such as Leafly, High Times, Playboy, Entrepreneur and Forbes.

Most recently, Hasse was charged to develop a new venture for Benzinga, a cannabis content site in Spanish called El Planteo. Hasse created the concept for the site with a friend, explaining to Benzinga that “the Latin American market would be more inclined to reading a local media outlet, founded by a Latinx person, rather than a foreign news source.”

“We launched roughly 90 days ago and have already published more than 500 articles, and seen our content syndicated to Forbes Argentina, Investing.com, Benzinga, Yahoo, Ambito.com, Ambito Financiero Print, High Times, Flipboard, and others,” he says. “We focus on cannabis, hemp, CBD, psychedelics, renewable energies, gender issues, health and other progressive topics scarcely covered by traditional media outlets in Latin America. Much of our content is also finance and business oriented.”

Hasse is an ambitious journalist, boasting nearly 5,000 articles across numerous news outlets, but perhaps the most intriguing part of his author’s bio contains a mention of his history as a Billboard-charting rapper. Inspired by the history of medical cannabis, he developed a rap as part of a pitch for the “John Oliver Show.” And when his friend, producer John Hay, heard the rhyme, he included it in an album, which also included Wu-Tang Clan’s RZA and Inspectah Deck, Twista, Lil Windex, Riff Raff, Cyhi The Prynce, Yung Bleu and DJ Whoo Kid.

Why do you write about cannabis?

“I write about cannabis because I love it. I love everything about it. How it makes you feel, how it helps so many people, how it brings you closer to nature and yourself, how legalization can help undo some of the harm inflicted by the War on Drugs around the world, how it creates hundreds of thousands of jobs and new tax revenue sources, how it has the potential to be a really eco-friendly and gender-inclusive industry…

“It’s just great. What’s not to love about it? Oh, and also, of course: it’s the coolest job ever. If anyone told me as a random kid in Argentina that I’d make a living off writing about what I love and traveling the world, all expenses paid, talking weed, I would’ve told them they were out of their minds.”

How do you find the stories that you cover?

“Honestly, it’s a mix. A lot of my stories derive from press releases. Others come from confidential tips. Others, from straight-up pitches. And many more from my personal interests, the stories I hear, what I read, and what I want to advocate for.

“Travel, interviews, and a constant exposure to the cannabis world and its community certainly help get the creative juices going too!”

Your output in terms of the number of articles you produce is admirable. How many articles do you generally write per week and how do you organize your time on a daily basis?

“There’s no real average for the number of articles. I try to cover as much as possible; report on every piece of relevant news in the cannabis space. I also am accompanied by a fantastic team that does a lot of writing now, which definitely lifts a weight off my shoulders.

“Some days, I feel like reporting only on hard news. Many others, I only have the time for that. Others, I’m inspired and write a couple long features… Inspiration comes in waves and one needs to learn how to surf them. Especially for non-time-sensitive stories, I just wait for the right time, and suddenly find that the words flow out of me. The only important thing to do is keep track of stories in the works and deadlines, to avoid anything falling through the cracks, as I’m often working on many stories at a time.”

What are the next trends that you think will emerge in cannabis?

“I always like to say I really don’t care so much about trends, ‘the next big thing,’ new products, etc. All I care about right now is legalization, clemency, record expungement and social equity.

“While I do focus on finance and business, and do notice a lot of interesting trends there–and of course, report on them, my priority remains unchanged: make cannabis legal.

People are rotting in jail for non-violent cannabis offenses, while many more are either suffering or dying unnecessarily, due to a lack of easy and safe access to medical cannabis. Meanwhile, many more, predominantly white males, are making billions. We need to make up our minds: Is this a multi-billion dollar industry that will create equal financial opportunity for all incumbents? Or is cannabis still a vile substance with no medical benefits, and those who enrich from it, criminals? Time to make up our minds and make things right.”