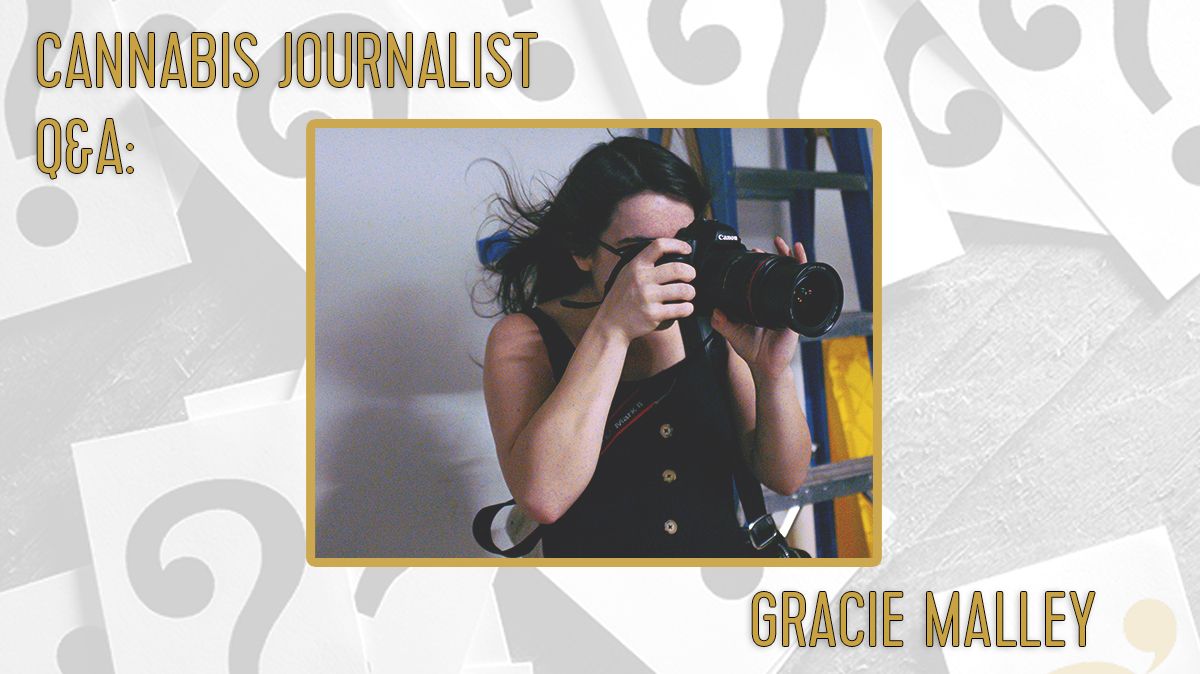 When it comes to capturing all things cannabis, Gracie Malley approaches the situation like any other news photojournalist in their field: She’s not looking for staged, posed images, but rather dynamic shots that offer aspects like motion and compelling angles to tell the story.

Based in the California Bay Area for the past decade, Malley worked as the senior photo editor for Cannabis Now Magazine for many years. At Cannabis Now, she commissioned and edited the work of many of the most well-respected photographers in cannabis for print publication, and ran the photo department for Cannabis Now Media.

Malley got her start in journalism as an undergraduate at the University of California, Berkeley, where she served as photo editor of The Daily Californian. She has also worked as a staff photographer at City College of San Francisco’s The Guardsman, where she was taught by accomplished photojournalist Jessica Lifland, who’s represented by Polaris Images Agency.

When she’s not doing photography, Malley is very active in the music scene and plays drums for three bands.

“When thinking about an image of a cannabis plant, we usually picture a single well-lit bud on a solid background. Perhaps because this is how magazines like High Times, which was pretty much the only place cannabis was given a place to shine, set up their photoshoots. This trend has not passed. Today, this seems to be the baseline for a good cannabis image and it takes a lot of gear to make it happen. If you don't have a macro lens it isn't game over, but you will not quite get to that coveted centerfold level unless you have a macro lens and artificial lighting. In this way, it is a lot like product photography. Getting as much of the subject in focus as possible is key. Most cannabis photographer pros ‘focus stack’ their images, which is a process that involves shooting hundreds of images of the same plant, moving it slightly every time so that eventually all of it has been captured in focus. Then these images are stacked together, creating one pristine, in-focus photo. This is very time consuming, but the results are light years apart from simply shooting a live plant with a mid-range focal length lens. Access is another barrier to entry. Sure, you can buy some buds at a dispensary and shoot them. But the live plant is where it's at for most people, and this requires a close connection to a grower who trusts you and is willing to let you take some cuts home to your studio.”

What do you look for in cannabis photography? What makes an image great?

“Having just talked about focus stacking, artificial lighting and macro lenses being the ‘standard’ for cannabis photography, I will say that I look for that as a baseline but am excited by images that do more. Because this is what we've been seeing for so many years, the eye is drawn to variations on the standard. Anything depicting movement in a photo always catches my eye. Whether it's a splash of water or the drip of a sticky concentrate from a dab tool, movement makes things so much more interesting. I also like bright backgrounds if we're talking about the ‘standard’ style, but documentary style is something I tend to lean toward. I prefer natural light and outdoor farms and I think it's because those shots are more rare in the cannabis photography canon. A great image is very subjective, but evoking movement in the image will draw the eye every time.”

Where have been some of your favorite places to shoot thus far?

“Being based in Northern California has provided so many incredible opportunities for outdoor cannabis grows. Photographing Mendo Dope / Greenshock Farms’ NorCal grow was a very notable experience because there were so many plants and they all towered over me. It was overwhelming in the best possible way. Luckily I was able to get up on a ladder for a lot of shots! HappyDay Farms was also a very lovely experience, especially because cannabis was growing in tandem with other crops, making it feel like this often-maligned plant belonged just as much as any other. Outdoor Northern California grows are amazing and fun, but another standout experience was The Dank Duchess's rooftop grow in Oakland. Being in the middle of the city with beautiful plants was a great contrast. And The Dank Duchess is an amazing human being, which made the experience all the more enjoyable.”

Why do you think mainstream media is still behind marijuana-specific publications when it comes to depicting cannabis? How is your approach different?

“It is rather humorous to see The Associated Press, Reuters, etc. running the same cannabis photos from 2011. The AP currently has 19,000 images under the search term 'marijuana' and 9,000 for the term ‘cannabis,’ which shows you how behind the times they are. I probably have about three times more than that in my six years of shooting the cannabis industry, and I'm just one photographer. The AP has hundreds! I think access is a big reason why. Most smaller grow ops who are proud of their plants and want to share them with people want to make sure it's being done so in the proper manner. Larger news organizations aren't often profiling cannabis farms but talking about ‘marijuana’ in not the best light. At least up until recently with countries and states loosening up restrictions on the plant. I’ve been lucky in that I am telling stories of people in the industry who want their stories told and allow more intimate access than mainstream media. I also was lucky to be able to have relationships with cannabis-specific photographers who all have their own relationships with growers, which leads to great access and great images. That's something The AP doesn't have or at least isn't seeking out for whatever reason.”