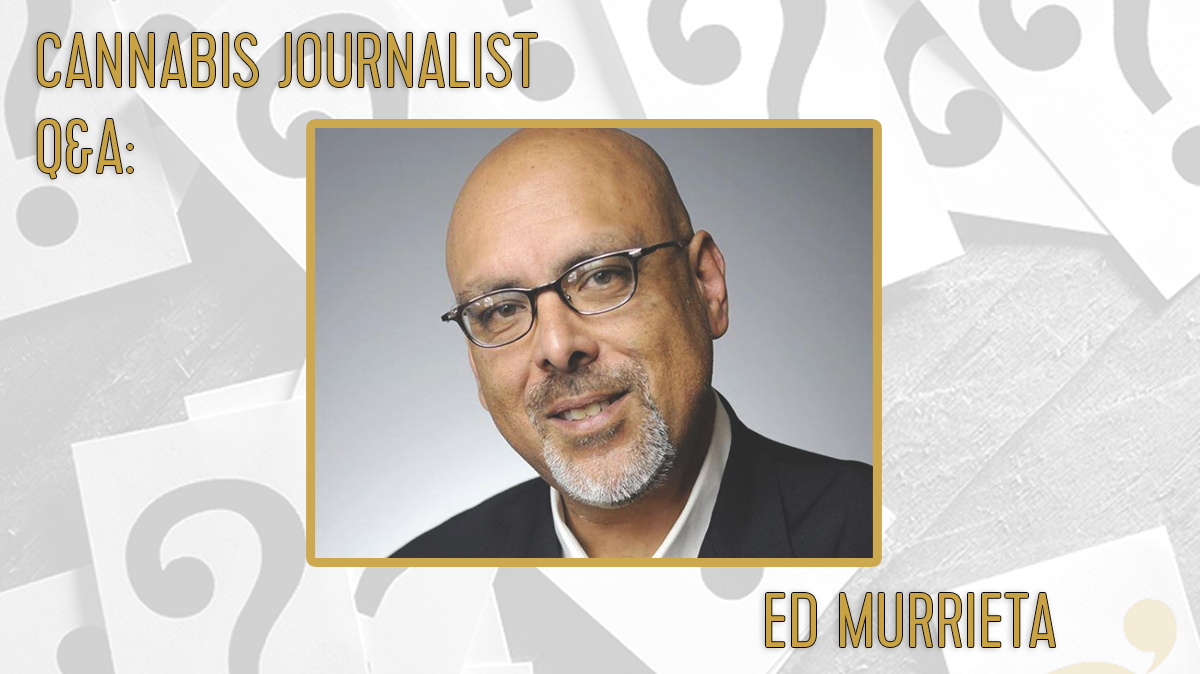 Ed Murrieta started his journalism career as a staff writer in a newsroom and carries this traditional training into his cannabis writing. Based in Sacramento, California, Murrieta has covered cannabis since 2010 with a focus on cannabis lifestyles, culture and entertainment.

His work has appeared in the San Francisco Chronicle, Leafly and The Denver Post’s online vertical The Cannabist.

Murrieta’s background includes a significant dip into the world of food writing. He’s a graduate of the California Culinary Academy and wrote about food and restaurants for The Sacramento Bee, Contra Costa Times, Tacoma News Tribune, McClatchy Newspapers and Knight-Ridder News Service. His recipes for vegan carrot cannabis muffins and chewy cannabis caramels are published in The Official High Times Cannabis Cookbook.

During the beginnings of his cannabis journalism career, Murrieta spent a year in one of the world’s most revered cannabis growing regions, Humboldt County, where he met growers and processors, including a roommate who now runs a growing and production facility near Eureka and taught him about concentrates.

While in Humboldt he also worked for a medical cannabis doctor who happened to be rock 'n' roll's notorious “Dr. Feelgood,” and produced a piece on cannabis tourism for Los Angeles public television. Today, Murrieta’s work in cannabis continues to highlight conversations around the enjoyment of marijuana and often includes insight into cannabis cuisine and tourism.

How do you apply your background in food writing to your cannabis coverage?

“I'm a journalist. The subject matter does not matter. I could write about pencils and I would still do my duty: educate and entertain. When I covered sports, I wrote for audiences of non-sports fans. Food writing is fundamentally no different from sportswriting. Cannabis coverage is fundamentally no different from any other topic I've covered. For cannabis coverage, I prefer lifestyle angles over business, science and politics, although you need to be knowledgeable in all areas. My first published cannabis coverage was in a mainstream baking column I wrote for the Contra Contra Times and Knight-Ridder News Service in 2004: about 3 inches on an underground medical cannabis vegan edibles baker named Shadow included in a column about vegan baking. My coverage of cannabis edibles and cannabis cocktails is driven by knowledge of and interest in food and beverages—an informed understanding of ingredients, preparations and consumer preferences.”

What are you looking for when it comes to finding subjects to cover?

“I want to write what I want to read. I look for stories that are interesting and entertaining.”

Why did you start writing about cannabis?

“One of my first daily newspaper journalism beats, for The Sacramento Bee in the '80s, was reviewing bars. I parlayed that into writing about food and restaurants. Then I became a pothead. I saw the need to explain (and celebrate) cannabis to the public in the same way I wrote about boozing and eating.”

Who have been some of your favorite interviews?

“I thought I'd enjoy interviewing Roger Stone but he was an evasive snake. Tommy Chong (who I've interviewed twice), Cheech Marin and Up in Smoke producer-director Lou Adler were great fun and I was able to keep my fanboy at bay. But my all-time favorite interview was with the late, great mystery writer James Crumley, my literary hero, who ended up loving the story I wrote and called me his friend. Crumley was warm, gracious, funny and whip-smart. That interview did not involve cannabis, unless you count the joint I smoked with Crumley's friends at a barbecue after the interview.”