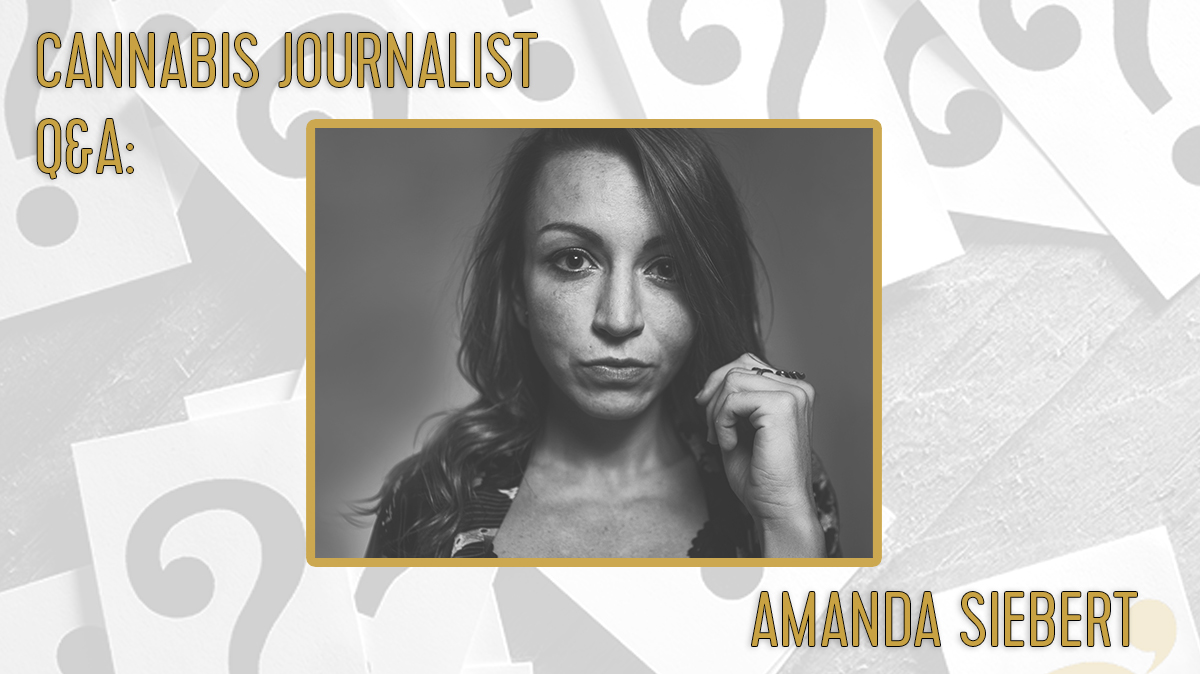 Digging into the past while edging toward Canada’s new legalized future started Amanda Siebert on the path to becoming a journalist focused on the cannabis beat.

Based in British Columbia’s New Westminster, a suburb of Vancouver, Siebert developed an interest in the history of the legendary cannabis sourced from Canada’s westernmost province, aka BC Bud. Siebert has an affinity for camping, fishing and hiking—activities that she notes are all enhanced by cannabis—and a degree in photojournalism.

When she started working at The Georgia Straight, an independent alternative weekly newspaper in Vancouver established in 1967, she was digging into old issues for the paper’s 50th anniversary and came across articles depicting civil disobedience associated with cannabis.

“In the late ’60s and early ’70s, civil disobedience around cannabis was rampant throughout the city, and the paper played a huge part, taking ads from be-in hosts, calling out shady cops, mayors and politicians who were throwing people in jail for possessing cannabis, and more,” Siebert says. “Articles in The Straight prompted one of the city’s most notable events during this period, the Gastown—or ‘Grasstown,’ depending on who you ask—Riots, in which nearly 2,000 hippies gathered in Gastown to protest drug laws while playing music and smoking pot. As a cannabis consumer myself and a lifelong Georgia Straight reader, I was fascinated by the publication’s ability to stir something up in people, and as Canada was on the brink of legalizing cannabis, I felt myself more and more drawn to the subject.”

Siebert’s editors took notice and she became the publication’s cannabis editor. She’s gone on to achieve great success in the field. Her first book, The Little Book of Cannabis: How Marijuana Can Improve Your Life, was published on Oct. 17, 2018, the same day Canada legalized cannabis. By 2019, it was named the No. 1-selling nonfiction cannabis book in the country. She’s now working on a follow-up, The Little Book of Psychedelics.

She has received national and regional awards for her work at The Georgia Straight, and her byline has appeared in The New York Times, Vice, Leafly, Calgary Herald, CannCentral and The Dales Report. She’s also a regular cannabis contributor to Forbes, and is the co-founder and editor-in-chief of Inside the Jar, an independent publication focused on drug culture in Canada and the United States.

How did you distill the many ways cannabis can improve your life into bite-sized pieces for your book?

“When putting The Little Book of Cannabis together, I tried to pick a range of proven subjects that would apply to people of all ages and backgrounds. I wanted to highlight the most practical uses for readers, whether they were familiar with the subject matter or not. Rather than simply focusing on ailments or specific conditions such as pain or cancer, I opted also to include information on more generalized uses (for example, I included chapters on sleep, stress and anxiety, and exercise and metabolism, because I felt that these were subjects everyone could personally relate to no matter their age). I took this a step further by providing both a case study and some historical context too, so the reader can see firsthand that cannabis has been used to benefit our health and wellness for centuries.

“It was important to me to translate all scientific and medical jargon in such a way that even my mother or grandmother would be able to pick up the book and not feel threatened by what’s inside. So far, the feedback I’ve received confirms that mission was successful. The stories of my book being shared by readers with their parents or grandparents never get old.”

What are some of the biggest challenges facing cannabis in Canada right now?

“For one, I think that our government made a huge mistake by not immediately expunging the criminal records of Canadians who have been punished for minor cannabis offenses. It’s not right that big business can rake in money while individuals continue to serve time or probation for a substance that is now legal. Our government also did a lousy job as far as consulting with First Nations and communities of color that have been disproportionately affected by cannabis prohibition, as well as the medical patients who helped carve the way for legal cannabis.

“Canada has a history of being unkind to these communities, and cannabis presents an opportunity to change that narrative. Our government has failed to capitalize on the opportunity to provide First Nations and BIPOC communities with access to a social equity program, like the ones that exist in Massachusetts and Los Angeles. It also continues to apply excise taxes of 10 percent to medical cannabis, a fee implemented in 2018 as part of legalization that is so high, many patients have been forced to go back to using prescription medication.

“Then there is the issue of representation: A recent study conducted at the University of Toronto found that 84 percent of cannabis industry leaders in Canada are white men. (Funny, in my experience, cannabis users come in all colors and expressions of gender.) Until these issues are rectified, Canada’s cannabis industry will continue to be seen as an industry that is for, and caters specifically to, white men.”

Why do you think cannabis journalism needs a place where it is not restricted, like Inside the Jar?

“How we can talk about cannabis in Canada from a marketing and advertising perspective is just as regulated as the plant itself. Inside the Jar is sort of our way of waving the middle finger in the air to all of that. At Inside the Jar, we recognize that for a lot of people, cannabis is about having fun. We wanted to create a platform that cannabis consumers could both trust for vital information and news, but also visit simply for the purpose of getting lost in a rabbit hole. We like to keep our coverage of topics broad, because we know that the ‘stoner’ stereotype of old no longer has any value: Cannabis consumers are multifaceted individuals with a wide range of interests.

“We like to say that ‘we write without restriction,’ and what that really means is we write with unrelenting honesty. Two flaws of the new industry, in my opinion, are that: 1) Everyone is surrounded by ‘yes’ men, and 2) There’s a serious sterilizing of language and culture going on. Bringing some (sometimes salty) truth to the table helps to build that trust with readers, while also creating a different narrative around cannabis that doesn’t throw away the nostalgia and history that brought us here.”

“One of my earliest interviews when I began writing about cannabis was with Tommy Chong. His agent had scheduled a call for 15 minutes but we ended up talking for almost an hour. He’s got a pretty significant Vancouver connection and at the time I was writing for a newspaper his topless comedy club advertised in the ’60s … the conversation was definitely a ‘trip’ to say the least.

“While there are a couple of other notables (celebrity types, athletes, politicians, etc.), the most memorable and enjoyable interviews have always been with regular people who have shared the ways in which cannabis has helped them live their lives to the fullest. Now that cannabis is trendy, we’re forgetting that, first and foremost, it is a medicinal plant with what many people consider to be life-saving properties. Every day, people who thought they were going to be in chronic pain or taking pills for the rest of their lives live in greater comfort because they have access to this plant. The most memorable interviews have been with families who watched their father experience lucidity in the late stages of Alzheimer’s disease; with former opiate users who found freedom with cannabis; and with individuals who suffered dozens of seizures a day living more peacefully after finding cannabis. These are the ones I’ll never forget.”